Not long after I had moved to Montreal, at a social gathering, my friend introduced me to this great woman, a university lecturer and writer who reminded me so much of Simone De Beauvoir. A few months later, I met her again. She asked me if I was writing. When I told her I was trying, she asked, “When is the last time you sat down and wrote?” I hesitated.

“I read your book,” she continued. “It’s a pity to waste what you have. Talent is not a rare commodity, you know. Discipline is. You must write.”

Later that evening, on the way back home, my late husband who had heard our conversation asked me, “So are you going to sit and write now?”

“Yes when I find the time.” I replied.

He laughed at me, saying that I was lazy. At the time I was busy teaching and trying to find my ground in a new city, in a new country. I hadn’t started my blog yet. I had started writing a second novel prior to moving, but to be honest I wasn’t doing anything about it. I wasn’t writing much if at all, at least not on a regular basis anyway. I thought of saying something but I couldn’t. Not to my husband. I could fool others into believing that I was really busy but not him.

“Listen.” he said. “If you and me don’t do the thing we love most now there will be no time for us to do it later. The clock is ticking bringing us closer to our end. So you have to start, and so do I. Promise?”

That night I promised him to write every day. And not much later I started to blog and he started to paint. Neither of us knew how right he was then about time, his time at least. When I look back at all those times I had to do something and I didn’t I get sad and angry. Now that I have all the time in the world, at least that’s what I like to think anyway, it hurts to know he is not here anymore to read my writings. He was my best critic, my muse, my inspiration, my drive, my rock.

I made the same promise to him three years later, that day in the hospital when we found out that he wasn’t coming back. I promised him to concentrate on my writing but I still can’t do it. I have my mood swings. On any given day, at any given moment, the mere thought of writing both relaxes me and causes me anxiety. But right now I don’t know how to deal with it. I don’t know how to channel my thoughts and my moods to benefit my creative purposes. And that hurts. I lack the discipline and he is not here to tease me or challenge and dare me to do it. 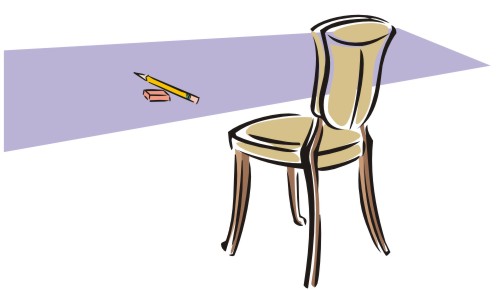 Word has it that a Nobel Laureate told a group of writers standing beside a bar that, within a radius of one mile, there were at least a hundred better writers than any of us; the difference between us as established writers and them as unsung geniuses was only that we had the discipline to write down our great books while the failures merely talked about writing.